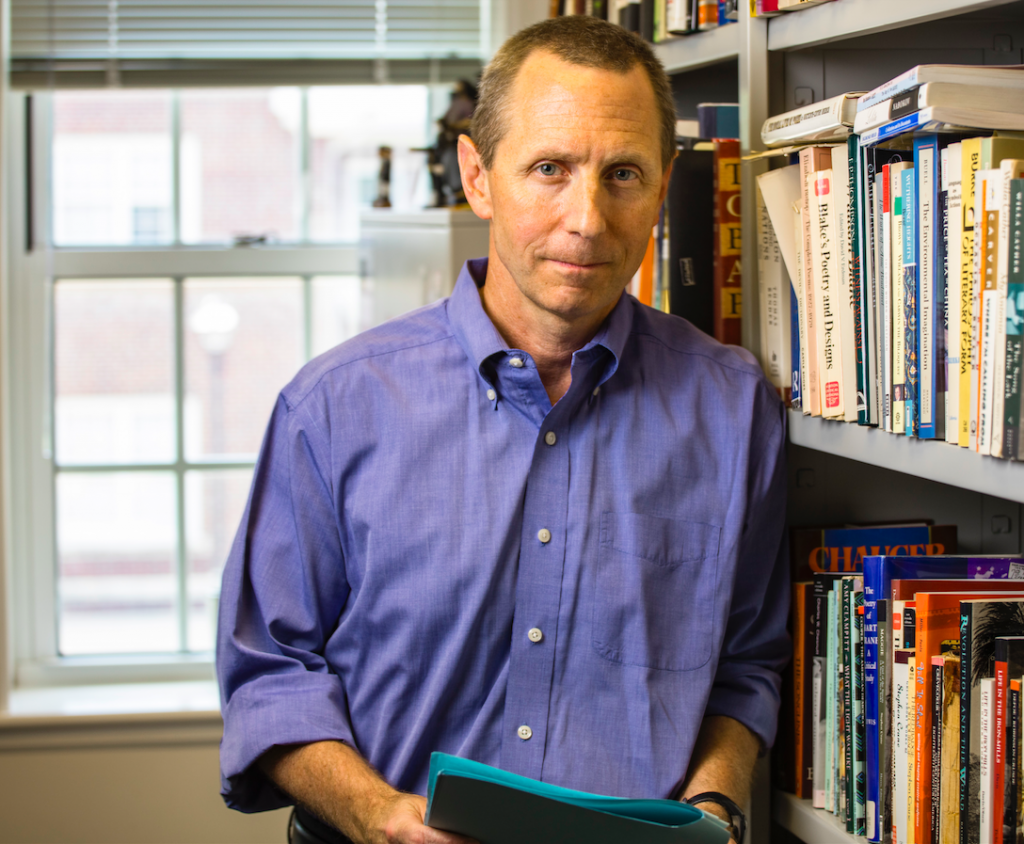 David Blake received a B.A. from Colgate University and a Ph.D. from Washington University in St. Louis. He teaches courses at The College of New Jersey in 19th- and 20th- century U.S. literature and the relationship between politics and literature.

Blake has written extensively on the history of fame.  He is the author of Walt Whitman and the Culture of Celebrity (Yale) and the co-editor (with his English department colleague Michael Robertson) of Walt Whitman, Where the Future Becomes Present (Iowa).  Blake’s most recent book is Liking Ike: Eisenhower, Advertising, and Rise of Celebrity Politics (Oxford), which won the Association of American Publishers’ 2017 PROSE Award for Media & Cultural Studies.  He is currently writing a book about wounding, retribution, and Islam in Moby-Dick.

Professor Blake has held many leadership positions at TCNJ, including English Department Chair, Faculty Representative to the Board of Trustees, Interim Vice Provost for Faculty and Academic Planning, and most recently, Chair of TCNJ’s Strategy Working Group.